Each year, the Office of Arts, Culture and the Creative Economy leads the City of Philadelphia in Philly Celebrates Jazz, a celebration of Jazz Appreciation Month in April.The month-long celebration in April features more than 200 jazz-related events across the city.

Mayor Jim Kenney joined the Office of Arts, Culture and the Creative Economy (OACCE) to kick off Philly Celebrates Jazz by honoring the 2018 Benny Golson Award recipient, Jamaaladeen Tacuma. The event began with the award presentation, including a special composition performed by Tacuma in City Hall’s, Mayor’s Reception Room. The event continued downstairs and also included a live music performance by a trio from the Settlement Music School.

A primary focus of the spending plan is the proposal for a historic investment in the Philadelphia School District. This investment will provide financial stability for the District over the next five years so our students and our schools can continue building on the real progress they’ve made in recent years.

“Philadelphia’s graduation rate is the highest it’s been in more than a decade, and our 3rd grade reading scores have surpassed statewide gains,” said Mayor Kenney. “We can’t turn back–we must build on this momentum.”

“With these investments, we will expect to see continued progress each year, with more students reading on grade level, graduating, and successfully transitioning into college and careers. Neighborhoods will flourish around a growing number of successful schools. Families will know they have quality educational options for their kids, and businesses will know their future workers are getting the training and skills they need to succeed.”

Ensuring the financial stability of our schools will enable the City to push forward with the School District’s Action Plan 3.0 — a plan that has generated early successes in literacy, college and career readiness, and staffing. It will also bring vital new investments, including:

To ensure the stability of the school system, the Mayor proposed that the City turn to its own general fund to increase its annual contribution to the District by $20 million annually, totalling an additional $100 million over five years.  He also proposes to reduce the amount of planned wage tax rate reductions, and to use the savings from the lower rate of reductions to increase the District’s contribution by almost $340 million over five years.

“I know for many residents, this will be a sacrifice. I vow to work with City Council to protect low-income homeowners,” said the Mayor. “We will expand housing counseling and outreach with $2.5 million in foreclosure prevention programs.  We will boost funding to the Philadelphia Land Bank by nearly $4 million.  And we’ll expand the Homestead exemption in light of growing home values.”

For the average residential property owner, the proposed property tax increase would mean an additional $95 a year.  If they are enrolled in the Homestead Exemption program at its current level, it works out to an additional $70 year – or less than 6 dollars a month.

With limited funding available beyond the City’s investment in Philadelphia’s children, the Administration has prioritized other investments that will make Philadelphia safer, help move residents out of poverty, combat the opioid and homelessness crises, and improve the delivery of existing services to taxpayers.

Increased Resources for the Police Department:

Increased Resources for the Fire Department:

Additional Funding for the Community College of Philadelphia:

A truly great day, Councilman Kenyatta Johnson @councilmankj  unveiled the street sign for the 900 block of Broad Street between Christian Street and Carpenter Street, as ‘Boyz II Men Boulevard’ with Boyz II Men @boyziimen , Welcome America, Inc. and company, in recognition of their accomplishments since graduating Philadelphia High School for Creative and Performing Arts (CAPA) and contributions to the City of Philadelphia. #PQradio1 #PQradio1News #BlackwellCulture

Project U Turn is a amazing program for the youth of Philadelphia we caught up with Superintendent Dr. William Hite for more insight he joined Community College of Philadelphia President Dr. Guy Generals and Chief Education Officer Otis Hackney who all spoke at the first major public meeting of Project U-Turn since new goals and strategies were established last Spring. Project U-Turn is a citywide campaign spearheaded by the Philadelphia Youth Network to understand, focus public attention on, and address dropout prevention and reengagement in Philadelphia. #pqradio1 #pqradio1news

“This beautiful new state-of-the-art facility is exactly what the seniors of this community need,” said Commissioner Ott Lovell.  “I want to thank all of the staff, architects, contractors and designers involved to make this a reality. I especially want to thank Mayor Kenney, Managing Director DiBerardinis and Council President Clarke for their vision and tenacity in getting us here today.”

The facility features a large lunchroom and commercial kitchen, a billiards room, a multipurpose room, and classrooms for art, fitness and computers.  The construction process utilized sustainable practices and materials including an energy-efficient HVAC system and lighting.

“This center was designed with our seniors in mind,” said Mayor Kenney. “As active citizens that are a part of the fabric of our great City, our seniors deserve a modern and innovative facility.  This project is another great example of City agencies working together with the community-from my administration, City Council, PRA, and Department of Parks and Recreation, and North Philadelphia community-we all worked together to make this happen.”

“The wonderful seniors served by the former MLK Older Adult Center were not shy about advocating for this necessary overhaul. They deserve so much credit for this day,” said Council President Clarke. “The new MLK Older Adult Center is truly reflective of the vibrancy and fellowship of this community. I am grateful to our seniors for their persistence and patience, and also thank our partner City agencies for a job well done.”

“With this partnership between PRA and the Department of Parks & Recreation we set a new standard for how we can efficiently build public facilities to improve the quality of life in our communities,” said Gregory Heller, Executive Director of PRA. “We look forward to future partnerships where PRA’s construction professionals lead the way in renovating our recreation centers, parks, playgrounds, and other important civic spaces.” 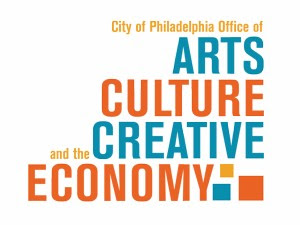 The Office of Arts, Culture and the Creative Economy, in partnership with public radio station 90.1 WRTI, presents a live listening session with internationally-renowned jazz pianist Orrin Evans. WRTI’s Jeff Duperon will interview pianist Orrin Evans about his career in jazz and current projects and will accompany their conversation with the playing of Evans’ recordings. This intimate, hour-long conversation will be conducted in front of an audience in the Art Gallery at City Hall and recorded for future broadcast. This Philly Celebrates Jazz WRTI Listening Session is a part of the Philly Celebrates Jazz Community Series, which also features free performances, film screenings, and dance classes produced by OACCE that are held across the city in libraries, recreation centers, older adult centers, and schools.

Councilman Kenyatta Johnson will hosted a conference for roughly 100 African-American males titled Building the Bench: The Next Generation of Leaders at the University of Pennsylvania School for Social Policy and Practice located at 3701 Locust Walk, Philadelphia, PA 19104 on Saturday, March 24, 2017 from 9:00 A.M. – 3:00 P.M. The conference, was conjunction with the University of Pennsylvania’s School of Social Policy and Practice, will focus on male engagement in local and national policies to strengthen their communities.

It is great to see our community leaders truly trying to engage the youth on their  level.  Councilman Johnson has made youth inclusion a big part of his agenda.  He knows what our youth need to be successful from youth employment, acceptable youth recreation, to instilling proper leadership skills, and he continues to engage them on platforms that are relatable to them.

Join Councilman Kenyatta Johnson next on March 31,2017 at City Hall as he honors 30+ Hard Working Community Women for Women’s History Month including our very own CEO Saj”Purple Queen”Blackwell. 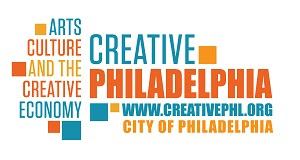 PHILADELPHIA– Mayor Jim Kenney and the Office of Arts, Culture and the Creative Economy (OACCE) will kick off Philly Celebrates Jazz, a citywide celebration of jazz during the month of April, Jazz Appreciation Month, by honoring jazz pianist, educator, and The Late Show with Stephen Colbert bandleader Jon Batiste as the recipient of the City’s first Benny Golson Award.

WHAT:
Mayor Jim Kenney and OAACE will kick off Philly Celebrate Jazz for the month of April with a launch event honoring bandleader Jon Batiste, from The Late Show with Stephen Colbert.  This year marks the City’s 7th annual celebration of Jazz Appreciation Month, Philly Celebrates Jazz (PCJ)led by the Office of Arts, Culture and the Creative Economy, and raises public awareness of the jazz heritage of the city, along with the vibrant jazz scene that thrives to this day through a month-long celebration of jazz. This year PCJ features over 200 events including the Philly Celebrates Jazz Community Jazz Series of free performances, film screenings, and dance classes produced by OACCE that will take place across the city in libraries, recreation centers, older adult centers, and schools.
For the schedule of events and latest news about Philly Celebrates Jazz, visit: http://www.CreativePHL.org/jazz, Facebook.com/CreativePHL and on Twitter and Instagram @CreativePHL, and follow #PhillyCelebratesJazz.

DETAILS:
The Benny Golson Award, dedicated to jazz legend and Philadelphian Benny Golson, honors a living jazz musician with an international reputation that has demonstrated significant efforts in promoting arts education through jazz in their respective communities and across the country and world. Along with his artistic accomplishments including topping both Billboard jazz and iTunes jazz charts, Jon Batiste was selected honoree for his significant work in arts education including creating the Social Music Residency and Mentoring Program, as well as his work in schools and universities across the country including Philadelphia’s own Curtis Institute of Music and Play On Philly! He also serves as the Artistic Director at Large for the National Jazz Museum in Harlem.

This year, the Philly Celebrates Jazz Award will showcase women in jazz. This year’s honorees include jazz guitarist Monnette Sudler, and posthumously to organists Trudy Pitts and Shirley Scott for their contributions to jazz in Philadelphia. The Philly Celebrates Jazz Award is given to local Philadelphia jazz musicians for their contributions to jazz and to the Philadelphia community through arts education.

Mayor Releases Statement on Postponement of AHCA Vote
PHILADELPHIA 3/23 – Mayor Jim Kenney released the following statement on the postponement of the vote to repeal the Affordable Care Act and replace it with the American Health Care Act.“The postponement of the vote is a clear signal that the ACHA is not good for Americans, especially the poor, elderly and disabled. We hope our congressional leaders will use this time before the next scheduled vote to look hard at the devastating effects the passage of this ill-prepared legislation will have on millions of people, including 220,000 in Philadelphia. It is equally important that Pennsylvanians not let up the pressure on their lawmakers. The fight to keep health care affordable isn’t over yet.”Earlier today, Mayor Kenney, union leaders, Philadelphians and city and state leaders held a press conference to highlight the devastating impact the passage of the Affordable Health Care Act (AHCA) would have on Philadelphians. Today also marks the seven-year anniversary of the passage of the Affordable Care Act (ACA), also known as ObamaCare.Approximately 220,000 Philadelphians have gained coverage through the ACA – more than 160,000 through Medicaid and about 60,000 through the Marketplace. As a result, one in every six adults in Philadelphia now has the peace of mind, protection from financial hardship and the security of accessing health care when they need to.If the ACA is repealed, those 220,000 people will lose their health insurance and have no way to pay for medical care.  In addition, most adults and children in Philadelphia who have private health care coverage will lose protections provided under the ACA, including:
By purplequeen|2018-03-30T13:59:51+00:00March 29th, 2018|City News|Comments Off on CITY OF PHILADELPHIA OFFICE OF ARTS, CULTURE AND THE CREATIVE ECONOMY AND MAYOR KENNEY CELEBRATE JAZZ MONTH